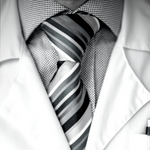 Dr Dion du Plessis holds an M.Sc in Immunology and a PhD from the University of Cape Town. Starting with an investigation in the 1970s into the use of chemically modified bacteriophages as a means of detecting extremely low concentrations of immunoglobulins in immune serum, he has been engaged in research into various aspects of natural and recombinant antibodies for over 30 years.

He has lectured in microbiology, virology and immunology at the universities of Stellenbosch and Fort Hare. In the course of a year spent at the University of California he was involved in a viral genome sequencing project and also presented laboratory classes in immunological methods. After leaving academia, he spent the remainder of his career at the world-renowned veterinary research institute at Onderstepoort. Here he managed programmes that carried out research aimed at developing a new generation of veterinary vaccines and immunodiagnostic methods.

This presented an opportunity for him to pursue his interest in recombinant antibodies and antibody engineering and led to the creation and patenting of a large and diverse repertoire of phage displayed antibody fragments based on chicken immunoglobulin genes, popularly described as an “immune system in a test-tube”. This library has yielded useful high-affinity antibodies, some of which have been incorporated into a number of practical immunodiagnostic tests.

In the course of his career Dr du Plessis has collaborated with numerous local and international research institutes and consulted for a well-known antibody biotechnology company located in southern California. He has now retired from full-time employment.

A list of some relevant publications resulting from his research at Onderstepoort follows:

Van Wyngaardt W, Du Plessis DH. (1998) Selection of an scFv phage antibody that recognises bluetongue virus from a large synthetic library and its use in ELISAs to detect viral antigen and antibodies. Onderstepoort J Vet Res. 1998 65:125-31.