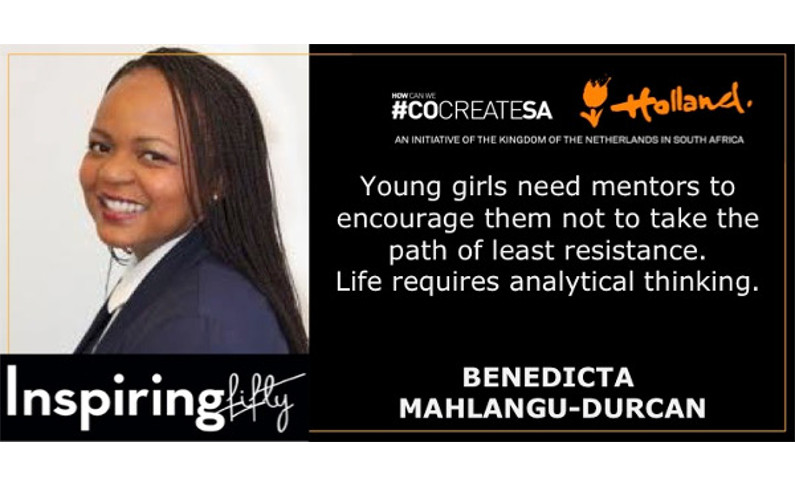 CAPE TOWN (1 August 2018). After months of collecting the stories of South African women at the forefront of some of the biggest impacts in the STEM sector, the Netherlands Consulate General is proud to announce this year’s #InspiringFiftySA!

Netherlands Consul General Bonnie Horbach exclaimed, “The judges had a hard time selecting the final fifty based on the high caliber of the nominees. These groundbreaking women will not only be recognized in South Africa, but will form part of a global network of women. Imagine the possibilities when connecting women through this platform to: be recognized in their respective fields, share their stories and make a difference by inspiring tomorrow’s female leaders.”

“These groundbreaking women will not only be recognized in South Africa, but will form part of a global network of women. Imagine the possibilities when connecting women through this platform to: be recognized in their respective fields, share their stories and make a difference by inspiring tomorrow’s female leaders.”

This year marks the second edition of the global initiative which welcomed 276 nominees at the closing of the nomination period on 9 July 2018.

“As we honour the winners of Inspiring Fifty for 2018- I think it would be opportune also to honour the woman who upon learning of this campaign, not only brought it to us but also championed it in South Africa! Bonnie Horbach leaves a country filled with gratitude, she leaves a sisterhood of women who are not only affirmed but are able to affirm one another, secure in their excellence and secure that recognizing others does not dim their own light! said Carol Bouwer, Inspiring Fifty 2018 Judge, Businesswoman and UNICEF SA Advocate for Women and Children.

“I hope in 50 years to come we celebrate this campaign as a relic of the past because women will have attained the kind of equality and respect that makes recognition organic! We will miss you Bonnie but thank you for your light – here’s to our Fifty Inspiring women and the generations of women who draw inspiration from them,” said Bouwer.

“These fifty women will go on to inspire and encourage both young girls and boys in this country and showcase the opportunities that they may not have realized were available to them. It is an exciting time for women in STEM in South Africa.”

Some of this year’s judges included Irene Ochem, Founder and CEO of the Africa Women Innovation and Entrepreneurship Forum (AWIEF); Dr Adriana Marais, Theoretical physicist, Head of Innovation at SAP Africa and aspiring extraterrestrial; Abbas Jamie, Director for Innovation and Transformation at Aurecon Africa and also serves as the Community Liaison Africa for the World Design Organisation and Thabile Ngwato, Primetime and current affairs News Anchor at the South African Broadcasting Corporation (SABC).

#cocreateSA is a platform for South African and Dutch counterparts to exchange ideas and innovations for a sustainable future. It stimulates collaboration between South Africa and the Netherlands based on the belief that if we work together, we can make a difference and co-create solutions for local challenges. #cocreateSA is an initiative of the Kingdom of the Netherlands in South Africa, capturing the true essence of modern foreign diplomacy: building relationships, putting the demand at the core of our discussions and focusing on long-term commitments and partnerships.