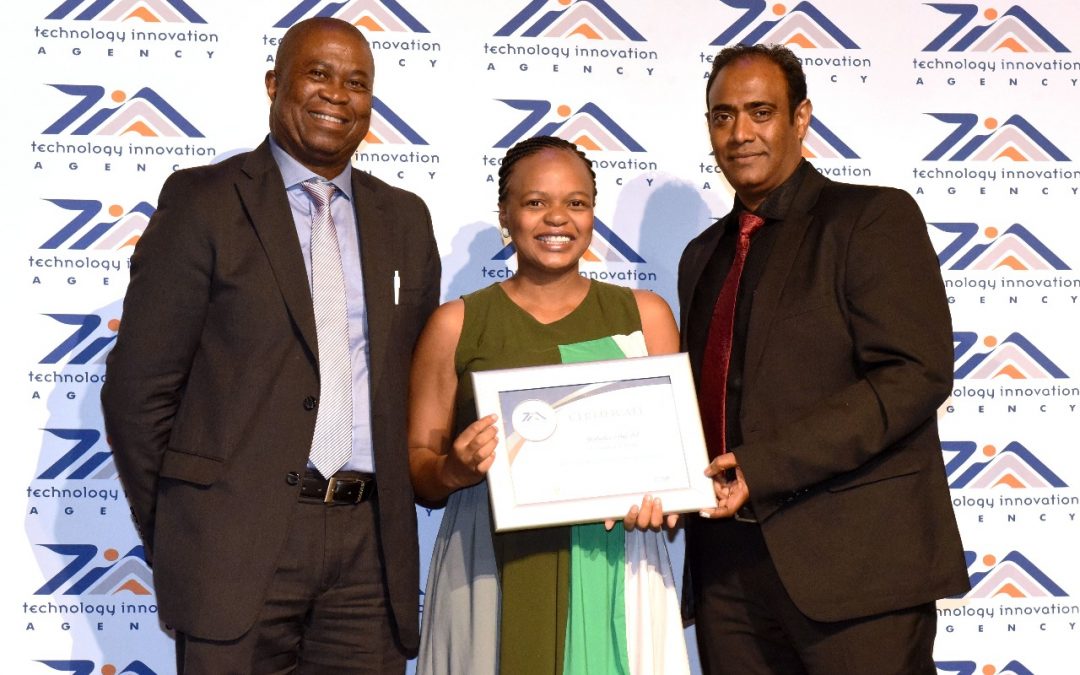 This copy and photo is taken from the original article published on bizcommunity.com. See here for the full article.

Innovative entrepreneurs took centre stage when the winners of the 2018 Technology Innovation Agency’s Global Cleantech Innovation Programme of South Africa (GCIP-SA) were announced at a recent gala event in Cape Town. Twenty-one finalists in the fields of clean technology, bioprocessing and medical devices had one final chance to showcase their innovations as part of the GCIP-SA – a global initiative that aims to identify and support SMEs and startups with innovative solutions – before the winners were announced. Nine finalists competed for top honours in the clean-technology sector, while six innovators competed in the bioprocessing and six in the medical-device sectors.

In the bioprocessing sector, the overall winner was Afrobodies, with Lactease and Get2Natural as the runners-up. The most promising youth-led team was Lactease and Afrobodies was named as the best women-led team. The prize for the innovation with the highest social impact also went to Lactease.

In the clean-technology sector, the overall winner was Inseco, with iWater and Cane Trash Burner as the runners-up. The most promising youth-led team was Inseco and the best women-led team was iWater. The social impact award went to Lusec Sanitation Solutions.

Each of the three overall winners received a cash prize of R120,000, as well as an overseas trip to explore markets for their products. The runners-up each received R60,000 in cash and an overseas trip. The special-category winners (best women-led team, most promising youth-led team, and innovation for social impact) received R30,000 each. The finalists who did not receive any of these awards received R20,000 each. The business accelerator programme ran over four months with a total of 44 participants being coached and mentored to fine-tune their products and services and get them investment-ready. The value of the investment in each participant is estimated at R140,000.

For many of the participants, the programme was just what they needed to push their innovations in the right direction.

Barlow Manilal, CEO at TIA explains that the TIA GCIP-SA is part of a global initiative aimed at promoting clean technology innovation and supporting entrepreneurs in growing their SMMEs and startups into viable, investment-ready businesses. ‘In South Africa, the programme was incorporated into the TIA on 1 January 2018, after four years as a donor-funded project,’ he said.